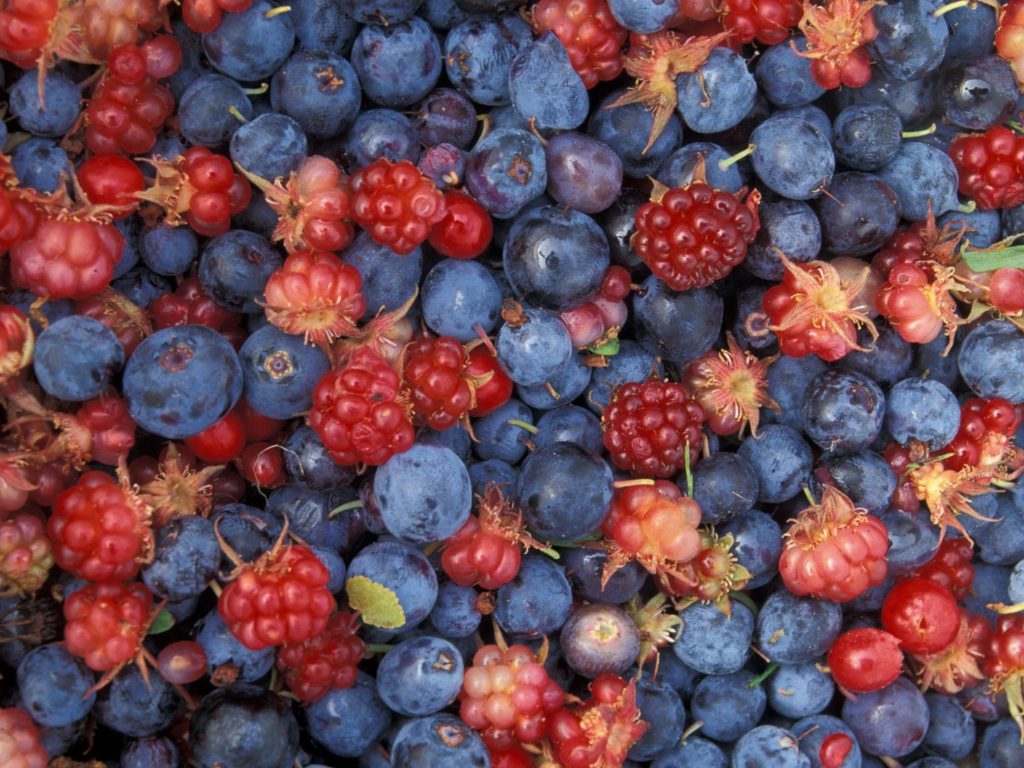 Wild berries are a valued traditional food for tribes of the Chugachmiut Tribal Consortium (Chenega Bay, Eyak, Nanwalek, Port Graham, Qutekcak, Tatitlek, and Valdez) in the rural Chugach region of south-central Alaska. Berries supply essential nutrients that prevent heart disease and cancer, are used for medicinal purposes, and are the only sweet food in the traditional Native diet. Hence, berries have both nutritional and cultural significance.

From 2008 to 2012, wild berry populations in the Chugach region were decimated by an unexpected outbreak of moths, thought to have been brought about by shifting climate (i.e., warmer temperatures allowed a greater number of moths to survive the winter). This outbreak amounted to a total loss of blueberry and salmonberry harvests during these years, jeopardizing a tribal for-profit enterprise in the region. It also led to a need to restore berry production and to prepare for future threats from damaging insects.

The goal of this project was to create maps and models that would help tribal and other land managers identify prime areas for berry restoration. Researchers used a variety of information sources, including remote sensing imagery, field data, and local tribal knowledge, to develop and verify these products. The resulting maps and models are helping tribal forest managers and local landowners target their berry restoration efforts where they are most likely to be successful and protected from future insect outbreaks, contributing to the reestablishment and future resilience of wild berry populations.