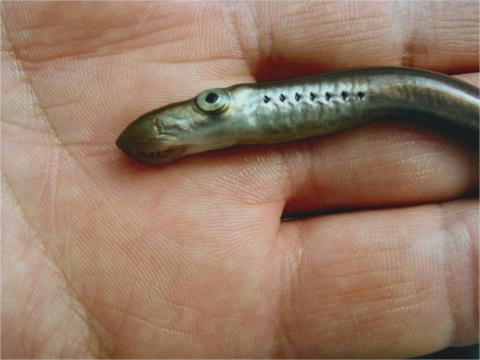 For thousands of years, Pacific lamprey and Pacific eulachon have been important traditional foods for Native American tribes of the Columbia River Basin and coastal areas of Oregon and Washington. These fish have large ranges – spending part of their lives in the ocean and part in freshwater streams – and they require specific environmental conditions to survive, migrate, and reproduce. For these reasons, Pacific lamprey and Pacific eulachon are likely threatened by a variety of climate change impacts to both their ocean and freshwater habitats. However, to date, little research has explored these impacts, despite the importance of these species to tribal communities.

This project will evaluate the effects of future climate change on Pacific lamprey and Pacific eulachon populations used as food sources by Native American tribes in the Pacific Northwest. Researchers will examine changes to both ocean conditions and freshwater habitats, providing an overall picture of what climate change may mean for these fish populations’ health. This assessment will provide critical information for tribes preparing for changes to these food sources as well as state and federal agencies concerned with managing these populations.