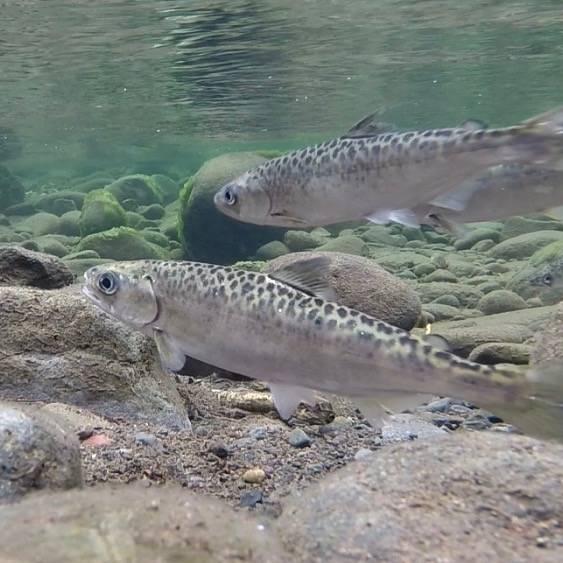 No population of a species can continue to grow forever. When a population approaches its maximum size within a habitat, its survival rate may decrease, individuals may move to different habitats and individuals may begin to grow more slowly. This is often the case for young salmon living in streams, because adults lay many eggs in dense patches. As a result, the growth and survival of the young salmon are affected by competition for food and space, and they disperse from where they were born to reduce competition.

For small populations of salmon that are at risk of extinction, characterizing survival, growth and dispersal of young, and how they are affected by competition, habitat quality and climate, can inform how habitat restoration and captive breeding (hatcheries) are applied for conservation. Accounting for climate-induced stream warming and changes to flow patterns makes this information more valuable for long-term planning. Mark will analyze previously-collected data on spring Chinook salmon in the Wenatchee River Basin, which are part of an endangered population, to establish relationships between the numbers of breeding adults and environmental variables and the abundance, size and movement of juveniles. This data will be used to develop a model of salmon reproduction and how it is affected by climate, which will ultimately be incorporated into a larger model of the entire salmon life cycle. This life cycle model will be used by the Washington Department of Fish and Wildlife, Yakama Nation Fisheries and NOAA Fisheries to assess the population’s extinction risk and evaluate alternative management actions to sustain and recover the endangered population. The analysis will also characterize where juvenile salmon reside within the basin and how their distribution may be affected by climate change, which the Upper Columbia River salmon recovery board can use to inform where and how to restore habitat.