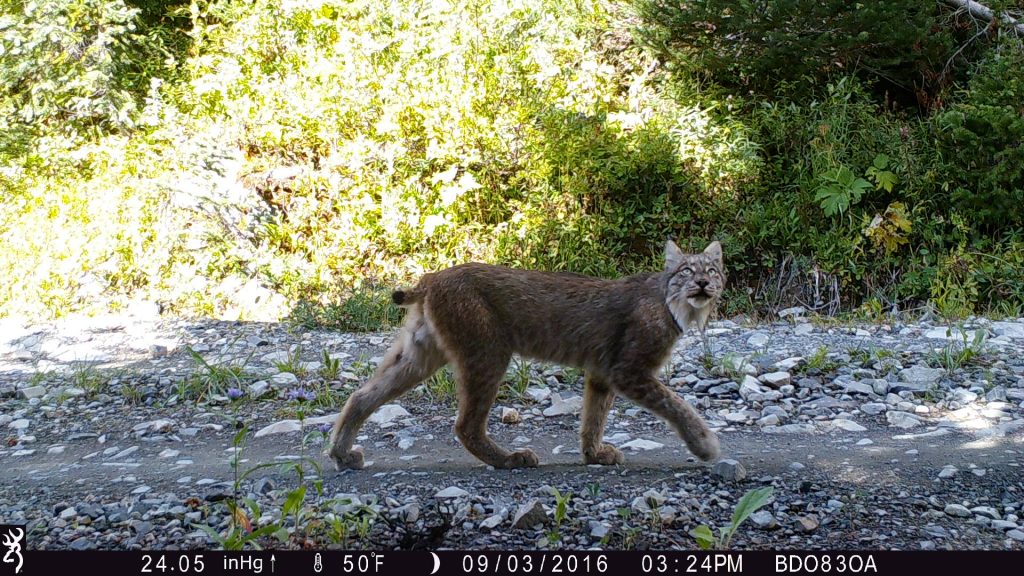 In Washington, the endangered Canada Lynx is a sensitive indicator species for impacts of climate change. Because it is adapted to persisting in forested, high elevation, deep snow environments, Canada lynx in Washington is threatened by increases in temperature and changes in snow cover associated with climate change. These factors are likely to reduce lynx foraging efficiency and result in competition with other predators (bobcats, coyotes, cougars). Additionally, increases in frequency or intensity of forest fires associated with climate change may temporarily eliminate suitable lynx habitat. Despite these threats and the precarious status of lynx in Washington, we currently have an incomplete understanding of lynx distribution in the state and how lynx occupancy patterns are influenced by environmental drivers such as climate and fire history. Further, we do not have a robust monitoring system in place that can provide an adequate basis for science-based decisions regarding lynx-management actions in the face of ongoing climatic changes in the Pacific Northwest.

The purpose of this project is to evaluate the distribution and status of the Canada lynx through a multi-institutional, collaborative and large-scale survey effort. This will involve developing current and future suitability maps and large-scale, multi-species survey techniques that can be repeated in the future. This project will result in improved understanding of lynx response to climate-dependent variables that will help inform future lynx management.