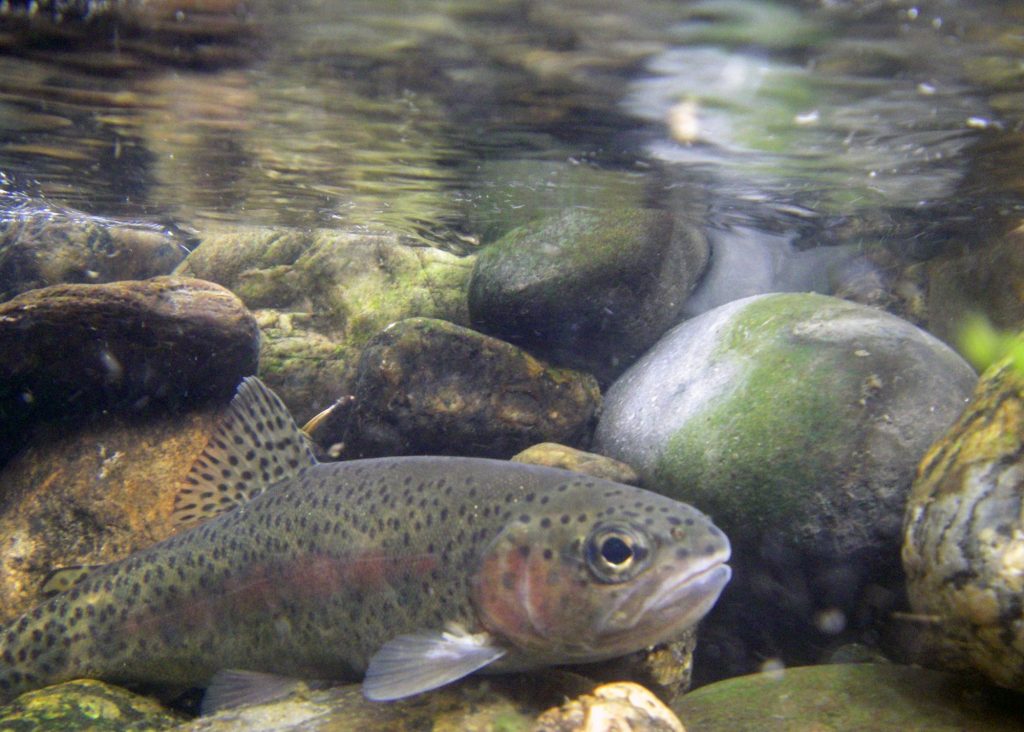 The Rainbow trout (Oncorhynchus mykiss) is an invasive fish species that was introduced to Northwest Montana in the 19th century and has spread rapidly into increasingly high-elevation stream habitats as climate change continues to tip the scales in its favor. Warmer stream temperatures and lower spring flows are making these mountain streams, to which native species are well-adapted, increasingly inviting for Rainbow trout and less hospitable for locally adapted species like the threatened West slope cutthroat (O. clarkii lewisi). Continued invasion by Rainbow trout puts pressure on the Westslope cutthroat populations through frequent interbreeding (which can eventually lead to genetic extinction) and direct competition. Accordingly, rainbow trout invasion is considered one of the greatest threats to the rare and economically important cutthroat. In order to maximize their chances of stopping the spread of Rainbow trout and saving the West-slope cutthroat, managers and decision makers need to know where the Rainbow trout is likely to spread next.

By collecting information on the patterns of Rainbow trout spread in the past, where it is found (and not found) currently, and the environmental characteristics of those locations, mathematical models can be constructed to predict where Rainbow trout will advance under future climate and landscape change. This project uses environmental DNA samples, historical records, satellite-detected environmental information and statistical modeling to model and predict the spread of Rainbow trout to help managers stay a step ahead of its continued invasion into Northwestern mountain streams.