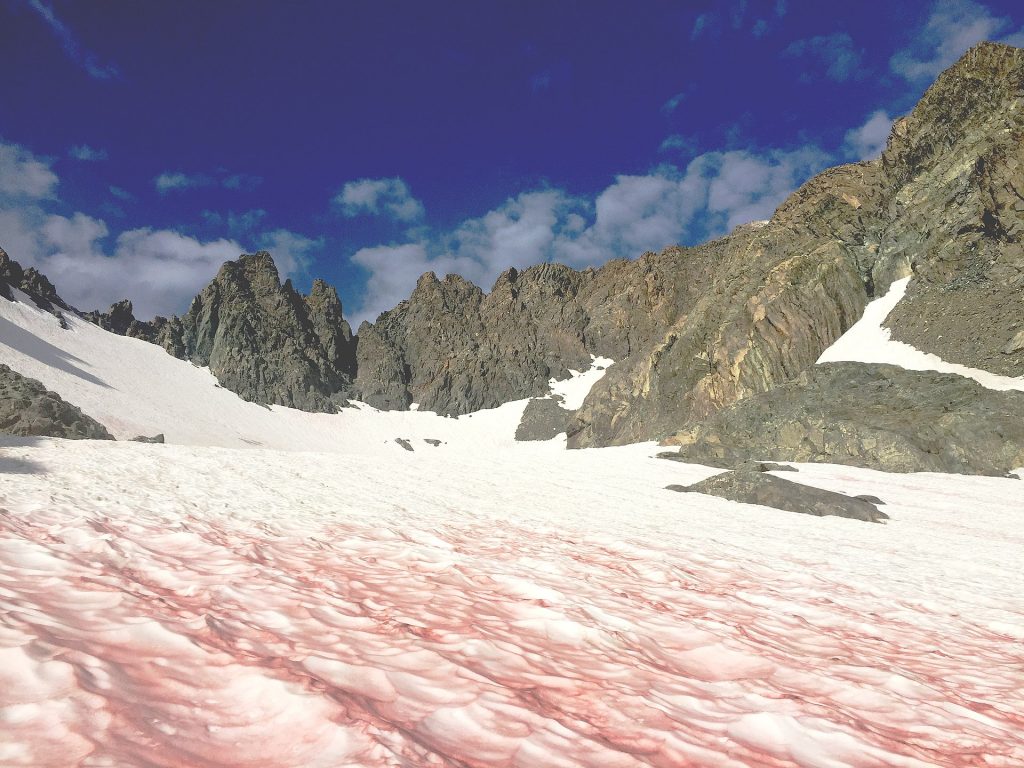 Snow algae, commonly known as “watermelon snow,” grow in snow-covered regions all across the world. The algae bloom in the summer, coloring the surface of the snowpack a variety of colors, most notably bright red or pink. This discoloration of the snow by the algae increases the rate of snow melt and could have detrimental impacts on glacier stability and water availability. While little is understood about snow algae, scientists project that their populations will expand with a warming climate.

The Sholes Glacier of Mount Baker directly feeds into the Nooksack River, a crucial water source for local residents and spawning salmon populations. Conducting a thorough survey of all 185 acres of the Sholes Glacier would be a difficult endeavor and likely would leave gaps in the dataset. However, through the application of high-resolution drone and satellite imagery, this project will be able to acquire a complete look at the snow algae distribution over the entire glacier throughout the melt season.

The Nooksack Indian Tribe has been monitoring the rate of snow melt of the Sholes Glacier since 2012. In collaboration with the Tribe, the research team will be able to constrain the algal-caused snow melt from the regular melt to understand the impact that snow algae are having on the glacier. At the conclusion of this project, we will more thoroughly understand the drivers of glacier melt and, as a result, better predict the longevity of the glacier into a warming climate. With this knowledge, the Nooksack Indian Tribe and other water managers can implement more timely adaptation strategies to manage and preserve our drinking water resources and protect the downstream salmon populations that rely on the Sholes meltwater.